Not long ago, we hosted exclusive pre-screenings of the new Paramount movie Downsizing in Sweden, Norway and Denmark. What better way to celebrate the launch of our new streaming service Paramount+ than with popcorn, soda and a freshly produced and soon to be released Paramount movie?

Andrea Sahlgren, SVP and General Manager for Viacom in the Nordics, and Jesper Dahl Sorensen, VP CDS for Viacom in the Nordics, represented Viacom at the previews in Norway and Denmark. Since the movie Downsizing is partly filmed in Norway, we had the honor to have Arne Øvrebø, production leader for Downsizing in Norway and Ingjerd Egeberg, starring in the movie, with us at the event in Norway, sharing their experiences from working on the movie.

Downsizing is about Norwegian scientists who starts experimenting with “downsizing” people. This to save the planet from overcrowding and become more environmentally friendly, a very relevant topic these days. The main character, played by Matt Damon, is also accompanied by the Swedish actor Rolf Lassgård.

Thanks to all who made it to the pre-screenings and we hope you are as excited about Paramount+ as much as we are! 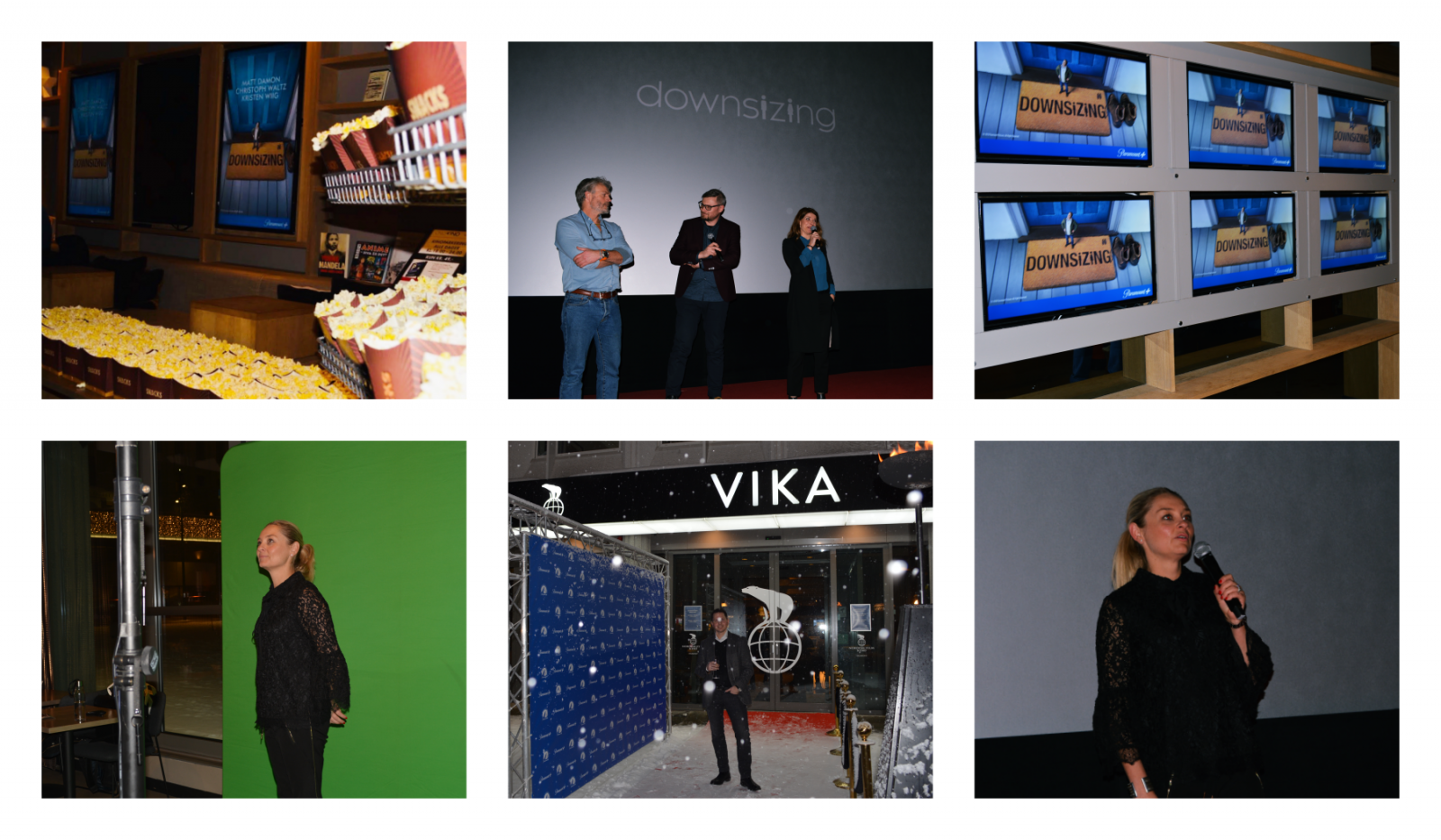